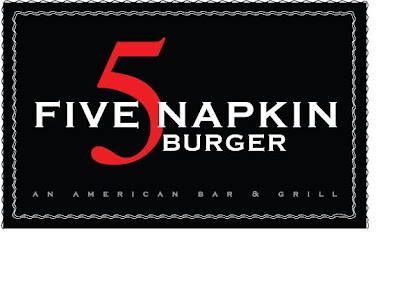 You may recall we announced in November of 2011 that 5 Napkin Burger, located within the Prudential Building in downtown Boston, was holding their first two beer dinners. The first dinner was on November 3rd and featured the great beers of Smuttynose Brewing Co. from Portsmouth, NH. The other was November 17th and featured brews from our friends at Cape Ann Brewing Co. out of Gloucester, MA. Well, the dinners were a success, so 5 Napkin Burger has scheduled two new dinners with Stone Brewing Co. and Long Trail Brewing Co.

Here is the official release:


5 Napkin Burger is excited to announce the second installment of their Beer and Bourbon Dinner Series with Stone Brewing Company kicking it off on Tuesday, April 3rd followed by Long Trail Brewing Company on April 24th. After the success of the first series, 5 Napkin is thrilled to showcase another two exciting breweries.

Each dinner will begin at 6:30pm with an informal cocktail reception where guests will mingle with the brewers and dine on passed appetizers made with the beer! The evening will then proceed to a seated 2-course dinner and every bite of food will be expertly paired with a different beer (totaling four throughout the evening). Chef Andy D’Amico and the breweries will be working alongside one another to bring guests new flavors and new beer experiences.

To attend one dinner is $45 (including tax and gratuity) and for those real beer lovers, the cost to attend both dinners is $80 per person, also all inclusive. To purchase tickets, please visit www.5nb.eventbrite.com!
Posted by BrewEngland at 5:41 PM