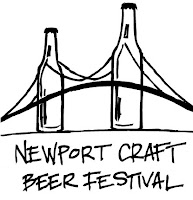 The Newport Craft Beer Festival took place the weekend of April 27th in beautiful downtown Newport, RI. Sarah had been to Newport previously to take some mansion tours, but I had never been, so we took was a great opportunity to see a great New England seaport town, while taking in one of the premier beer festivals in Southern New England. We had an extra ticket, so we invited our friend Kristina, who is a fellow lover of craft beer (and a Rhode Island native).

We parked near the festival, but opted to have a Bloody Mary and some snacks to shake the cobwebs (and slight hangovers) we were feeling on the way down. Our first stop was at the Brick Alley Pub & Restaurant, which Kristina had raved about their Bloody Mary. They definitely didn't disappoint!

Located at the historic Great Friends Meeting House, you could not have asked for a nicer location. Situated under a giant tent to shade thirsty beer drinkers, ticket holders were able to sample some incredible beers. Although there was the tent, mother nature played a big role in making it such a great day as there was nothing but blue skies over head. 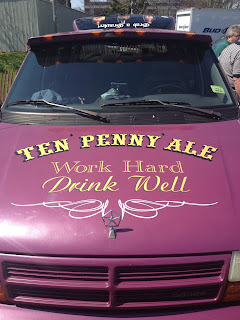 Post festival we opted for a few more beers and snacks in town. Our next stop was at The Black Pearl, which was literally on the water, followed by Pour Judgment (one of the event sponsors).

If we had thought better, we would have booked a hotel room well in advance. By the time we decided we wanted to stay over, all of the area hotels were long gone! Newport is a great little town, with a lot to do in addition to hosting the Newport Craft Beer Festival. We will certainly be back to Newport and to this event. It’s not often (or often enough) that we get to try some great Rhode Island breweries, which this event obviously promotes.

Posted by BrewEngland at 1:32 PM No comments:

Homebrewing Now Legal in All 50 States!

I just received this in my inbox...this is DEFINITELY some exciting news, and of course has been in the works for many years. Congratulations to homebrewers in the deep south!

Earlier this year on March 19, Mississippi Governor Phil Bryant signed a homebrew legalization bill that officially goes into effect July 1, 2013, at which time homebrewing will be legal in all 50 states for the first time since before Prohibition.

For the past five years the American Homebrewers Association, along with Alabama homebrew advocacy group Right To Brew, has been working towards homebrew legalization in their state.

"Homebrewing has been an integral part of the history of America, so it's thrilling to know that soon, all 50 states will support this growing hobby and long-standing tradition," said Gary Glass, director, American Homebrewers Association. "We appreciate the backing of all of the homebrewers, the dedicated grassroots efforts of Right to Brew and the legislators who have worked so diligently to make homebrewing a reality in Alabama. We are especially grateful to Representative Mac McCutcheon who introduced this bill and has fought long and hard for its passage, along with Senator Bill Holtzclaw."

Post-Prohibition, homebrewing was not federally legal until President Jimmy Carter signed H.R. 1337 on October 14, 1978, which officially went into effect on February 1, 1979. Shortly after that bill was signed, the American Homebrewers Association was formed by Charlie Papazian and Charlie Matzen to promote and celebrate homebrewing. Since then, the AHA has taken a leading role in advocating for homebrew rights and supporting the legislative efforts of local homebrew communities.

The American Homebrewers Association (AHA) continues to promote homebrewing rights. Over the past several years, the AHA has advocated for homebrewing rights legislation in more than a dozen states. If you are not already a member, please support the cause and join the AHA today!
Posted by BrewEngland at 2:06 PM No comments:

Email ThisBlogThis!Share to TwitterShare to FacebookShare to Pinterest
Labels: Adventures in Home Brewing 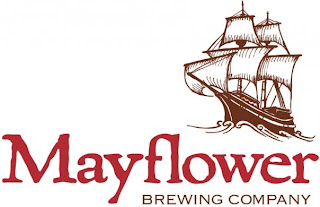 The open house, which is $10 per person at the door will feature musician Jake Hill. Food will be available to purchase from Little Red Smoke House out of Carver, MA, and from Quahog Republic from Falmouth, MA.

If you haven't visited the Mayflower brewery, this is the perfect opportunity to do so! They have gone through a few expansions to their facility over the past few years, which is good to see. Additionally, they have increased distribution to NH, and are continuing to grow in Rhode Island (they were featured at the Newport Craft Beer Festival last weekend).

Spring is the best time to visit Plymouth. The sun will hopefully be shining on our friends on the Cape, and this should be a great time for anyone who attends!
Posted by BrewEngland at 9:42 AM No comments: