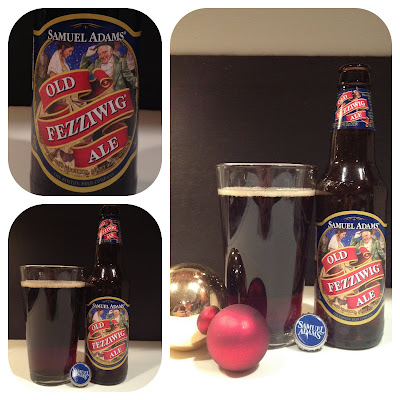 For being my clear favorite seasonal brew within this winter mix pack, I’m surprised it’s taken me this long to actually review the Sam Adams Old Fezziwig Ale. I’ve been a fan of this beer since the first time I tried it, which must have been back in 2004 or 2005. 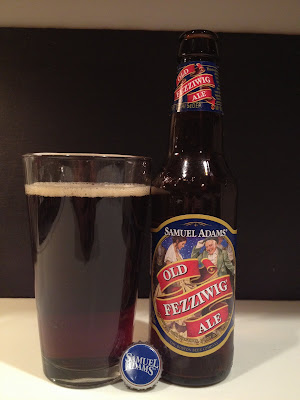 The Old Fezziwig pours a rich, earthy brown and slight reddish tinge liquid, with a light brownish head. Although the head doesn’t linger too long, it does leave a nice layer of foam which sits atop the brew inviting you in to take a sip. The beer features a pleasant nutty and slightly sweet malty aroma. Subtle hints of the spices used in the brewing process come through as well.

The Fezziwig has a slight sweetness from the caramel malts, balanced by rich notes from the chocolate and specialty grains. It’s pleasantly sweet without being too one dimensional. It should also be pointed out that although it’s brewed with cinnamon, ginger, and orange peel, no one of these ingredients overpowers the other. 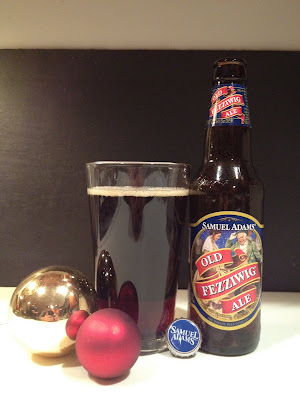 The mouth feel of this beer is mild and quite silky smooth. I find that it finishes rather dry and isn’t too heavy. Because of this, and despite the fact that the ABV is moderate at just under 6%, the Old Fezziwig Ale is a very drinkable beer. Sadly though, this is only available in the winter Holiday Mix Pack (and allegedly available on draft, though I’ve never seen it before) and not in six or 12 packs alone. However, if it were, I would happily purchase more! This is, in my opinion, the highlight of this winter mix twelve pack.

Cheers and Happy Holidays to everyone!
Posted by BrewEngland at 2:00 PM

Your beer is so festive with those Christmas ornaments hanging out next to it! I'm sure you like to decorate all your beers in different ways :)